We are delighted to announce the new team that will be travelling to Port Lockroy, Antarctica this season.

After receiving a record 6,000 expressions of interest and 4,000 job applications in April, we have now appointed a new Base Leader, Postmaster, Shop Manager and Wildlife Monitor for the upcoming 2022/23 season.

The successful applicants set to travel 9,000 miles next month are Clare Ballantyne, Mairi Hilton, Natalie Corbett and Lucy Bruzzone along with returning Port Lockroy team member Vicky Inglis, who will help settle the team into their new environment.

The team will be based on Goudier Island in the Antarctic Peninsula for five months taking care of our flagship site, Port Lockroy, home to the world’s most remote post office and museum.

The team will have to abandon home comforts to live and work on the island. As well as living without running water and a flushing toilet, they will share the football-pitch sized island with a colony of gentoo penguins. They’ll also have to deal with sub-zero temperatures and almost continuous daylight.

The team will be in charge of running the Port Lockroy museum, Post Office and island’s gift shop, carrying maintenance of the historic buildings and conducting a penguin count as part of efforts to monitor and protect the gentoo penguin colony.

Commenting on the appointment of the new team, UKAHT CEO, Camilla Nichol said: ‘After receiving a record response to the opportunity to join our first Port Lockroy team since the Covid 19 pandemic, we’re so pleased to have appointed such a capable team. Each team member has a keen sense of adventure and genuine love of Antarctica. It will be a challenging role as they will be living in a remote part of the world for five months, but they will play an essential part in bringing Port Lockroy and its museum to life.’

The team will begin their training in Cambridge later this month, which will consist of briefings from a ‘Penguinologist’, remote first aid training and understanding the specifics of each role. The team will depart for the Antarctic in early November and will live and work in Port Lockroy until March 2023, including spending Christmas together.

At UK Antarctic Heritage Trust, we work to protect and preserve British Antarctic heritage at six sites on the Antarctic Peninsula for future generations. In addition to providing practical care of the building and the artefacts inside, part of our role in Antarctica is to monitor the impact on wildlife including capturing data on the resident gentoo penguins which is part of a long term study of the breeding success of the colony. It also records the number of visitors and ships in the area and, in accordance with the Antarctic Treaty, follows strict guidelines to ensure the environment is properly cared for. At Port Lockroy, we run the world’s most southerly public post office on behalf of the Government of the British Antarctic Territory, which in turn donates a portion of the Post Office revenue to support our work. 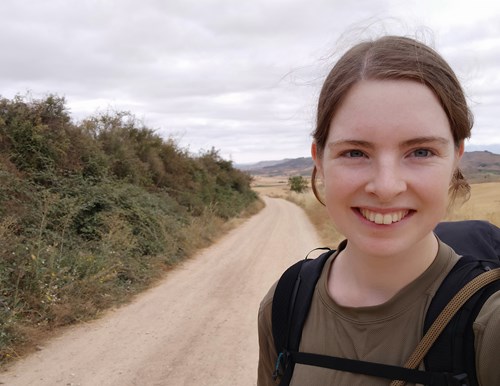 Clare will be in charge of dealing with approximately 80,000 postcards by hand which are mailed each year from Port Lockroy to over 100 countries.

Having only just completed her Master’s Degree in Earth Sciences in 2022, Clare has also worked as a cleaner and sales assistant while at Oxford University. An adventurer at heart, Clare has completed an ultramarathon in the Azores and a two-week trekking expedition in the Swiss Alps.

‘I’m most looking forward to stepping onto Goudier Island and taking in the cacophony and pungent smell of the penguins, the backdrop of the glaciers and Fief mountains - and being able to call it home for the next few months!’ 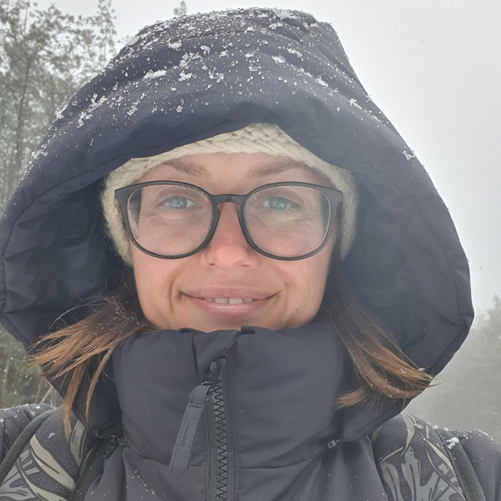 Mairi will be joining the team as Wildlife Monitor and will be in charge of counting the penguin population and keeping an eye on new hatchlings and nests.

Originally from Scotland, Mairi has spent the last four years completing a PhD in conservation biology in Australia before recently moving to New Zealand. Mairi previously studied at Glasgow University where she was part of the Exploration Society taking wildlife research expeditions to the Peruvian Amazon and Trinidad and Tobago.

‘This will be my first time in Antarctica and I’m very excited to set eyes on the white continent. I have no idea what to expect when we get there - how cold it will be, will we have to dig our way through the snow to the Post Office? I’m a conservation biologist, so personally I can’t wait to see the penguins and other wildlife like seabirds and whales!’ 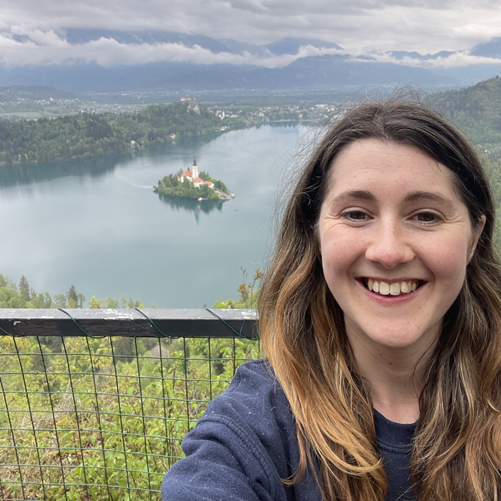 Natalie will be joining the team as Shop Manager to look after the gift shop located at the end of the world. Based in the historic Bransfield House, Natalie and the team could meet around 18,000 visitors during the season.

Natalie has worked in retail for over a decade and started her own business creating handcrafted pet accessories inspired by her three rescue dogs. Having only just got married, Natalie will be leaving her husband for five months.

‘I first read about this job on the BBC and thought wouldn’t it just be the most amazing, once in a lifetime experience. Who wouldn’t want to spend five months working on an island filled with penguins in one of the most remote places on the planet? I’ll be leaving behind my husband, George, who I only married in June so I’m treating this like my solo honeymoon!’

Lucy will be joining the team as Base Leader and will be responsible for managing the team, coordinating all ship visits to the island and liaising with Expedition Leaders.

Lucy previously spent three months in Svalbard as Chief Scientist on an Arctic expedition and is on secondment from the University of Cambridge Institute for Sustainability Leadership.

‘It’s been a lifelong dream to join the Port Lockroy team! In fact, I’ve applied for roles in Antarctica in the past and I’m thrilled to be joining the team for the 2022/23 season. I can’t wait to live and work in this wonderful, remote environment.’ 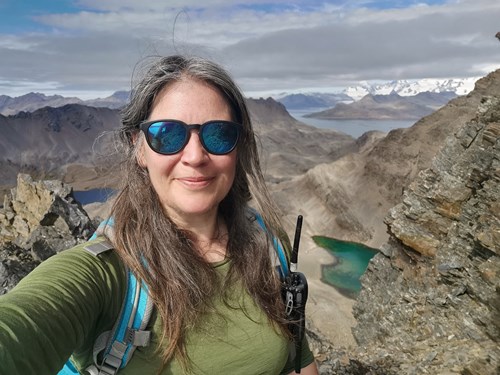 Vicky joined the Port Lockroy team as General Assistant/Wildlife Monitor in the 2019/20 season and will return this season as Field Operations Coordinator to help the team to settle into their new environment. After that she’ll lead a conservation field team at nearby Damoy, one of the other heritage sites in our care.

Vicky started working for UKAHT full time this summer, helping to prepare for the Antarctic season, but she has previously worked in environmental education, public engagement and outdoor leadership for wildlife conservation charities in the UK.

‘Port Lockroy holds a very special place in my heart. Having spent five months out there before the Covid 19 pandemic, I’m excited to be travelling with the new team to introduce them to the magic of the Antarctic. I’ve been busy preparing for us all to head South by gathering together all the equipment, provisions and five months-worth of toilet roll we’ll need!’