I S O S T A S Y is a short film that marks 120 years since Edgar Evans from Rhossili set sail on The Discovery with Captain Scott on his first Antarctic expedition. The film is inspired by that voyage and the current plight of the great white continent.

The meaning of Isostasy is the balance between changes within the Earth's crust and mantle, where the material is displaced in response to an increase (isostatic depression) or decrease (isostatic rebound) in mass at any point on the Earth's surface above. Such changes are frequently caused by advances or retreats of glaciers.

This project was commissioned in 2020, which was the bicentenary of the first recorded sightings of Antarctica in 1820. How does this film respond to that moment and its significance?

Wrapped up in l S O S T A S Y are moments that nod to the bicentenary of the first sighting of Antarctica. There is a direct reference to this in the script and moments in the film where we see artefacts from The Discovery, like the plate and charts or navigational instruments that would have been essential in finding Antarctica. I S O S T A S Y is a film warning about polar climate change. The work of scientists from the British Antarctic Survey is essential in understanding and adapting to these changes and, hopefully, help us find a solution to the climate crisis.

The lives of humans and whales are inherently linked in Antarctic heritage. How did you approach that complex story?

We were fortunate to work with celebrated writer and whale expert Philip Hoare (author of Leviathan and Albert and The Whale) who wrote the text for the film. He is a font of knowledge regarding the natural world, especially marine life where whales are his absolute passion. So he understands the significance of Antarctica and the intrinsic link between whales and it.

Whales are at the top of the food chain, and have an important role in the overall health of the marine environment. Whales play a significant role in capturing carbon from the atmosphere; each great whale sequesters an estimated 33 tons of CO2 on average, thus playing its part in the fight against climate change and literally breathing life into Antarctica. Philip wrote of the film: “ISOSTASY is the response to an invisible crisis, as invisible as the whale.  Just as we never see the biggest animal on our planet, so we ignore our largest uninhabited continent.  We need to bear witness.  Only sound can stir us from our complacency: the deepest, loudest sound generated by an organism.  And like the whale’s song, the reverberations of ISOSTASY are as much felt as heard.”

The story of Edgar Evans is fascinating. What drew you to make him part of the work?

As we are both Welsh artists we wanted to give the film a strong Welsh context. Edgar Evans, who was often and unfairly blamed for the failure of the 1910 expedition, was our route in.

We introduced Evans to the narrative by using existing artefacts, in particular, uncharted/incomplete maps of Antarctica and personal items that have been recently rediscovered by Swansea Museum (the main location for the film), and in particular Evan’s own plate embossed with The Discovery expedition stamp.

The protagonist in the film embodies the spirit of Evans, but also that of an activist who has broken into the museum store to execute guerrilla action as a poetic provocation.

Captain Scott memorably described Edgar Evans memorably as "... a giant worker, [he is] responsible for every sledge, every sledge-fitting, tents, sleeping bags, harness, and when one cannot recall a single expression of dissatisfaction with any one of these items, it shows what an invaluable assistant he has been."

Evans’ body was never recovered and he still rests somewhere near the Beardmore Glacier. This year is the 110th anniversary of his death. I wonder how much the glacier has receded over that time, this question resonates powerfully with the end of Philip’s text spoken by Cerys Matthews "...as the ice begins to melt...".

For most people in the world, Antarctica seems impossibly remote. How did it feel to create a project about one of the furthest points from home in a year when even travelling to the next town was prohibited for a time?

It is such a remote, faraway continent. But in many ways, the polar terrain is very familiar to us. During lockdown we were gripped by the BBC drama, The Terror - though based in the Arctic Ocean, it was very evocative of Antarctica for us. It captured the atmosphere of a vast, white and frozen landscape in a highly visceral way and it influenced our approach to lighting the film and the placement of objects.

What do you hope people will take from the film?

I S O S T A S Y’s central message is a warning, the whale singing out to us, an SOS from the deep about the climate crisis we all face as the ice begins to melt.

Is there an environmental message

Absolutely, it is essentially an SOS, hence the bold letters in the title I S O S T A S Y - with Antarctica at a perilous tipping point as a result of climate change, the film questions and challenges the detrimental impact of our human actions on the environment.

What’s your hope for the future of Antarctica

Hopefully the polar regions find balance and global temperatures will drop and stop the melting. I also hope companies stop searching for new oil and gas fields in the polar regions. We need to protect these vital environments from the destructive activities of man.

Why does Antarctica matter to you?

Antarctica is vital to the planet’s well being, it is essentially the earth’s beating heart therefore its condition and health is critical to its survival so it should matter to all of us. As Sir David Attenborough says: "By protecting Antarctica we can restore the natural balance of the whole planet."

Antarctica is a unique part of the Earth's climate machine. It stores most of the world's freshwater, generates large amounts of sea ice, and is surrounded by pole-circling (circumpolar) currents of air and water. Antarctic conditions influence the pattern of ocean circulation called the thermohaline circulation or Great Conveyor Belt, which transports heat from the tropics toward the poles and increases the ability of the oceans to absorb carbon dioxide from the atmosphere.

Antarctica is the highest, coldest, and windiest place on Earth. This frozen continent may seem irrelevant to our daily lives at first sight, but it is vital to our survival, as it plays a huge role in how the entire planet and the climate function. Though the fact is, in the last five years Antarctica has lost an average of 220 billion tonnes of ice per year.

So we must do everything to safeguard it. 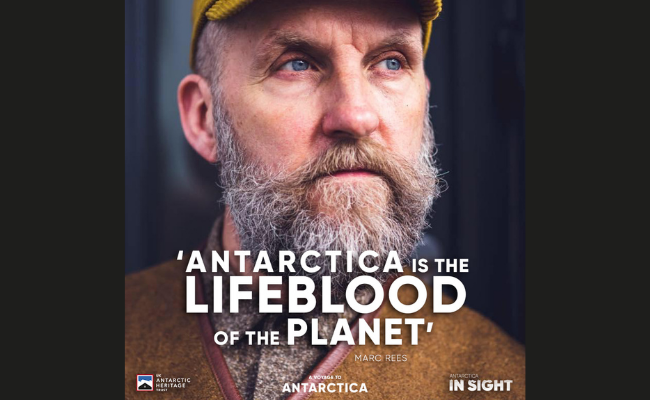