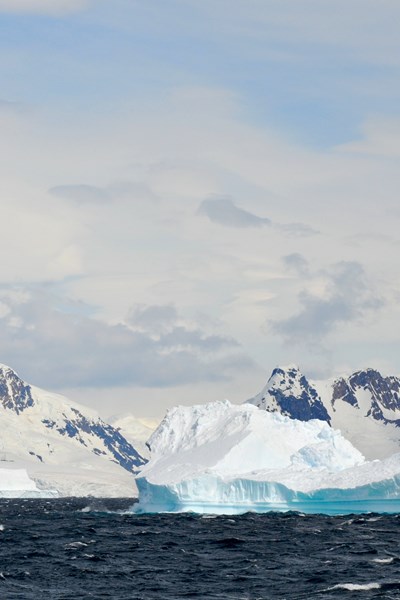 COP26 Antarctica is depending on you

These next two weeks in Glasgow as the world looks to its leaders to make new commitments to a global effort to combat the climate emergency, we add our voice to the call for leadership to control greenhouse gas emissions, to keep 1.5 degrees as the target and to empower communities to protect ecosystems and life on Earth.

Antarctica and its surrounding islands and ocean are vital drivers of our planetary systems; processes and changes there affect the rest of the planet, and actions we take elsewhere have consequences in the Antarctic. Antarctica is both a natural reserve and a global laboratory and is pivotal to our planet and our understanding of its mechanisms.

The Antarctic Peninsula is the fastest warming place on the planet and changes we are seeing as a result are not only devastating for the precious life there, but for all of us as the ice sheets lose mass and sea levels rise. Antarctic species are under threat, the ocean is warming and becoming more acidic, mean air temperatures are rising, ice is being lost and plastic pollution is being found everywhere.

The evidence for warming is held in the deep archive of environmental change held in the ice and rock but also in the records and data collected by scientists during the last century. The scientists, whose legacy and the places they made those early observations, we at UKAHT have the privilege to care for.

The cutting edge science conducted in Antarctica upon which we all rely to better understand our impacts and global change, rests on the shoulders of these early pioneers of science and exploration.  Williams Speirs Bruce, the celebrated Scottish scientist and explorer who died 100 years ago, established the first met station in Antarctica – a dataset which remains unbroken to this day;  the men of Operation Tabarin, in establishing Base A at Port Lockroy founded the British scientific programme in Antarctica, now the British Antarctic Survey; and legions of men and women have pushed the boundaries of science and exploration in Antarctica to help us better understand our world, to open our eyes to our impact on our climate and to and to warn us of what lies ahead if we don’t act now.

Antarctica is a place which has unique protection in international law. The Antarctic Treaty and supporting protocols ensure the continent is reserved for peace and science and that human activity there is managed to sustain its pristine environment. Sixty years ago, in 1961, the world came together to bring this Treaty into law and again thirty years later to establish the Environmental Protocol in 1991.  These were bold and ambitious moves which have protected Antarctica for the decades since.

On these significant milestones, we look to world leaders to take action for the whole planet, to be bold once again and be focussed on protecting our precious wilderness, our biodiversity and to rebalance the priorities for our planet.

You have done it before, you can do it again. Antarctica is depending on you.

Watch our short film to find out more