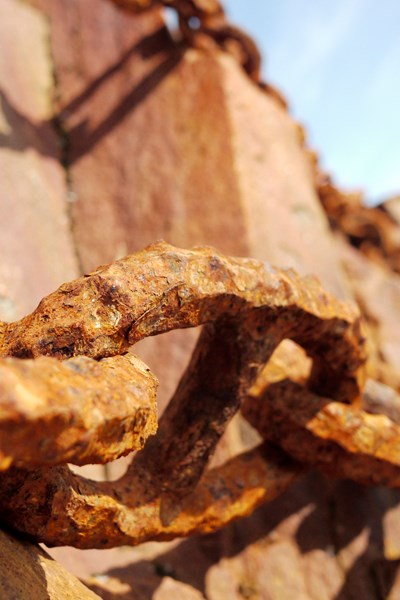 ‘Pristine, untouched and the last great wilderness’, terms ubiquitously associated with Antarctica yet its history and in particular that of the whaling and sealing industries tells a very different story.

The modern whaling era, between 1904-1970’s, was one of the most extensive forms of human exploitation, driving many whale populations to near extinction in the Southern Ocean.

Evidence of this can still be seen today, with rusting chains, machinery and whale bones found at sites in Antarctica and the surrounding islands. Goudier Island, home to our very own Port Lockroy, is the only base in our care with a whaling history; it made for an important landing site between 1911-1931, thanks to its natural harbour and glacial run-off.

The most significant remains of this period are those found at the Norwegian Hektor whaling station on Deception Island in the South Shetland Islands. This site was active between 1906-1931, after which point the development of factory ships meant that carcasses could be processed more efficiently off shore – ultimately leading to the large-scale decimation of many whale populations. The remains of the whaling station are now designated as an HSM no.71, providing a poignant reminder of our potential for folly. Learn more about the history of Whalers Bay on Deception Island in Stephen Dibbern’s book, Fur Seals, Whales and Tourist.

In the mid 1980’s the International Whaling Commission ended the large scale killing of whales, seeing a shift from whale exploitation to one of scientific focus to save the whales. While there is evidence to show that some populations have recovered, much more research is needed to understand by how much. Whale populations have struggled to recover to their pre-whaling numbers due to rising anthropogenic threats from ship strikes; chemical pollution; noise and wildlife tourism.

Scientists from the British Antarctic Survey are now exploring the use of satellite imagery to study whales in remote regions and thanks to the Happywhale project, everyone can play their part. By offering a platform where people can submit photos and details of marine mammal encounters, the Happywhale project uses ‘citizen science’ to help track whales around the globe and inform policy making. In 2019, based on information from the project, IAATO implemented operating procedures for boats in the vicinity of whales to mitigate ship strikes in the Antarctic Peninsula.

Whales provide vital services to our marine ecosystems, acting as nutrient transfers across latitudes and ocean depths; their excrement fertilises the oceans and stimulates the growth of phytoplankton - the base of all marine food webs. When whales die, their carcasses form carbon sinks and hotspots for nutrients in the deep ocean.

The history of whales in the Southern Ocean demonstrates how collaborative action and campaigning can help to save whales and the delicate marine ecosystems. To learn more about how we can all contribute to saving whales, I encourage you to read Michael J. Moore’s The Plight of Whales and our Responsibility.

This October, Penny will be embarking on a PhD with the British Antarctic Survey, joining the ‘Whales from Space’ team and aims to inspire further positive action to save whales.

Together with the South Georgia Heritage Trust we presented three of the world's experts in the study and conservation of whales in the Southern Ocean to discuss the history, science and current efforts to conserve these important species on our planet. If you missed the live event, you can now watch the talk via the below link.

Support us Adopt A Penguin

The gentoos of Port Lockroy are perhaps some of the most famous penguins in the world! The colony made their home with us on Goudier Island over 30 years ago and we have been studying and contributing to their protection ever since. By choosing to Adopt A Penguin you will make a huge difference in enabling us to continue our work protecting the Gentoo colony at Port Lockroy. 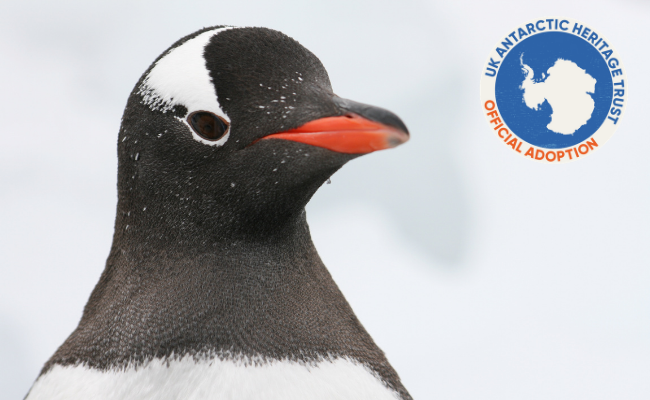