We manage Port Lockroy along with five further former British Bases on the Antarctic Peninsula and maintain a heritage interest in others, such as Deception Island and the Heroic era huts in the Ross Sea. Each site tells a unique story of discovery and scientific exploration from the sledging trips of Horseshoe, to the chequered history of Deception Island which started as a whaling station and later became a research base during Operation Tabarin. Read about Port Lockroy - our flagship site - or explore the other historic sites in our care, and their fascinating histories.

Base A, Port Lockroy, stands on Goudier Island (64º49’S, 63º30’W). Situated in the east of the harbour, Base A was the first permanent British base to be established on the Antarctic Peninsula - and so given the first letter of the alphabet. It was built in February 1944 as part of a wartime mission code-named Operation Tabarin. After the Second World War it continued as a science base operated by the Falkland Islands Dependencies Survey (FIDS) the predecessor to the British Antarctic Survey (BAS). It became the first of many British science bases around Antarctica. Base A continued to contribute to science until 1962 when it closed permanently when research began to move to larger and more modern bases.

Our other historical sites 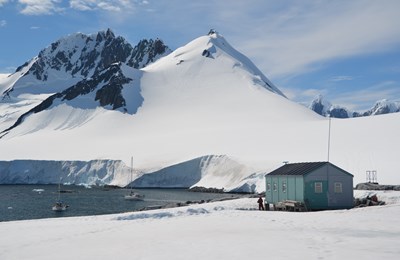 Damoy Hut stands in Dorian Bay on Wiencke Island (64° 49’S, 63°31’W), the most modern of Britain’s Historic Sites and Monuments in Antarctica. The hut was, for a number of years, a British summer air facility and transit station for scientists travelling south to scientific stations. 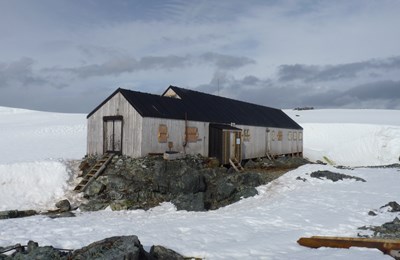 Located in the Lallemand Fjord, off the Loubet Coast, Detaille Island hut was established in 1956 as a British science base used primarily for mapping, geology and meteorology as well as to contribute to the science programmes of the International Geophysical Year in 1957. 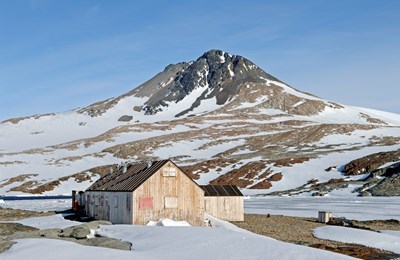 Horseshoe (67°48'S, 67°18'W) was established as a scientific base in March 1955 and closed in August 1960. Research carried out here included geology, meteorology and topographic surveys. Extensive survey trips covering hundreds of miles were undertaken using dog teams and sledges. 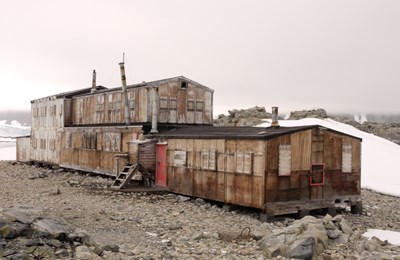 Stonington (68°11'S, 67°00'W) was established in February 1946 and operated from 1946–50 and again from 1960–75 after which the base permanently closed. This building is the second British hut built on the Peninsula, originally used as a base for sledging operations in the area. 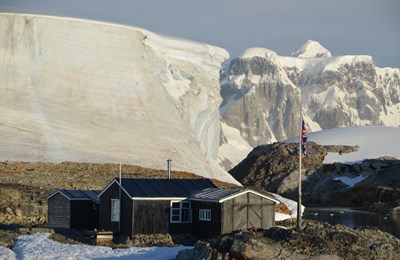 Established on 7 January 1947 on Winter Island, the hut is named after James Wordie, chief scientist and geologist on Shackleton's Endurance expedition of 1914–17. It stands on the foundations of a building used by the British Graham Land Expedition from 1935–36. 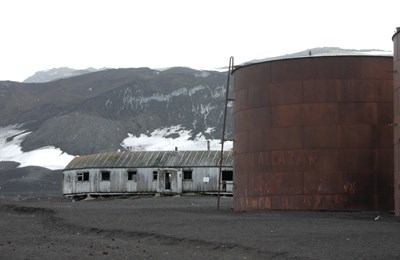 Whalers Bay, HSM no.71 Base B, South Shetland Islands

The base at Whalers Bay was established as part of Operation Tabarin during the Second World War. It is a sheltered harbour with a distinctive horseshoe shape, created by the sunken caldera of an active volcano, in Deception Island.

Conservation is at the heart of everything we do. The practical care and management of our historic sites and their artefacts in Antarctica is both our biggest challenge and our greatest responsibility. Our ongoing work to protect and stabilise these buildings and artefacts aims to ensure they will be available for future generations to learn from and enjoy.

Every membership and donation we receive helps our expert teams deliver vital conservation work across the heritage sites that we preserve. Without your support, sites of great importance in Antarctica's history could quickly deteriorate, taking with them historic artefacts, tales of scientific advancement and human endeavour that inform how we, as a global community, view and value Antarctica today. With your help, we can continue to conserve this special continent to ensure its protection for years to come. 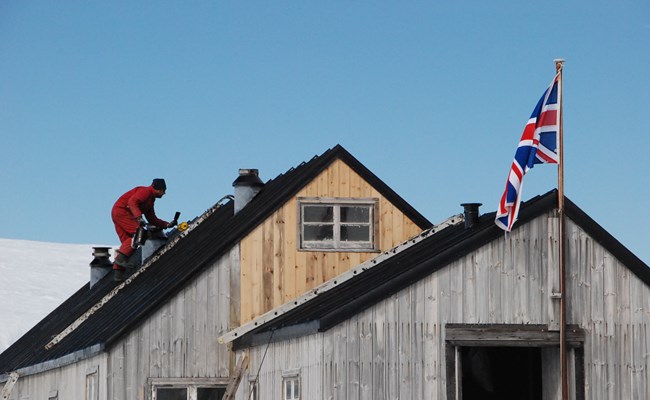